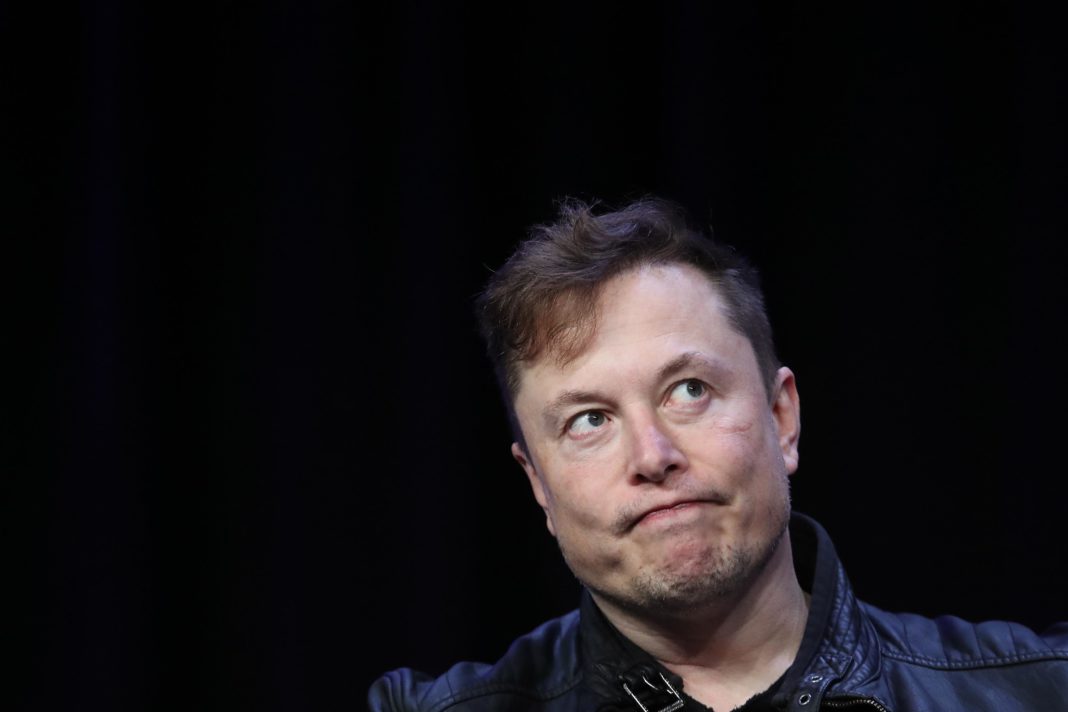 Elon Musk, founder and chief engineer of SpaceX speaks at the 2020 Satellite Conference and … [+] Exhibition March 9, 2020 in Washington, DC.

The Twitter-obsessed billionaire insulted President Joe Biden on the social network Thursday after he was snubbed at a White House forum for electric vehicles. And despite Tesla posting record profits on Wednesday, the electric car-maker’s stock tumbled 11% Thursday, slashing Musk’s fortune by $24.5 billion, Forbes calculates. He’s still the richest person in the world at $218.3 billion.

The precipitous drop Thursday came after Tesla warned shareholders in its earnings call late Wednesday that supply chain issues may hamper growth this year. As of market close on Thursday, Tesla is trading at $829.10 per share, down from nearly $1,200 a share January 3.

“Our own factories have been running below capacity for several quarters as supply chain became the main limiting factor, which is likely to continue through 2022,” the company said in a shareholder deck along with its fourth quarter 2021 earnings announcement Wednesday.

Musk started out the year strong. In early January, his fortune surpassed $304 billion after Tesla announced it beat analyst projections by delivering more than 936,000 cars in 2021. Since then, Tesla’s stock has dipped 24%, making him $80 billion poorer in less than a month.

It’s rare that a billionaire gets 10% of his fortune wiped out in a day  and still remains the richest person in the world. Musk became the first person in history to cross the $300 billion threshold in November after Tesla shares closed at a record $1,208. Now, he’s ahead of LVMH CEO Bernard Arnault (worth $188.6 billion) and Amazon founder Jeff Bezos (worth $165.5 billion). Last year alone, Musk added $116 billion to his net worth, the biggest one-year gain Forbes has ever tracked.